According to a press release from the Banque de France (BdF) yesterday, BdF and the Monetary Authority of Singapore (MAS) have completed a central bank digital currency (CBDC) experiment including wholesale cross-border payment and settlement.

A common network between France and Singapore was used for the simulation of cross-border transactions using multiple CBDCs (m-CBDC). The experiment was supported by JP Morgan’s blockchain-focused business unit Onyx and was the first to enhance efficiency through the employment of liquidity management and automated market making capabilities.

A permissioned, Quorum technology-based blockchain was used to transact across borders between a Singapore dollar CBDC and a euro CBDC. The experiment aims to overcome obstacles in traditional cross-border payments, such as delays to settlement due to time zone differences, limits on operating hours and a lack of transparency around foreign exchange rates.

BdF’s Director of Infrastructures, Innovation and Payments, Valérie Fasquelle, commented, “By experimenting the circulation of EUR CBDC in a shared corridor network, Banque de France and MAS tested the possibility to provide a link with other CBDCs all over the world. It is an opportunity to construct arrangements for multiple CBDCs models, improving cross-border payments and increasing harmonisation of post trade procedures.”

The exchange rate between euros and Singapore dollars was managed automatically by smart contracts. Both countries set up blockchain nodes across public and private cloud infrastructures, illustrating the interoperability between different types of cloud infrastructure.

The network design meant that each central bank could govern its own CBDC distribution, while providing visibility. It also demonstrated that KYC procedures, contractual arrangements, costs and the number of intermediaries could all be reduced.

This simulation was one of the last stages of the BdF’s wholesale experiment programme which will conclude later this year. Many more central and commercial banks could join the m-CBDC network as its design is scalable. 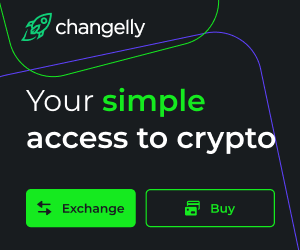