Barely two days since the launch of ShibaSwap, a DeFi platform coming from the popular Ethereum-based meme project, Shiba Inu, more than $1.5 billion worth of assets have been locked on the exchange.

As with many DeFi projects, ShibaSwap also introduced a yield farming program that allows users to stake their tokens for rewards. The project’s pseudonymous “Top Dog,” Shytoshi Kusama, noted in a Medium post that the Shiba Inu army can stake either $SHIB or $LEASH to earn $BONE – the native token of ShibaSwap.

In 24 hours after the launch, the TVL reached a significant milestone of $1 billion. Furthermore, it is currently at above $1.5 billion after surging to a high of $1.54 billion, according to data on ShibaSwap.

The launch and influx of users rushing to stake on ShibaSwap sent Ethereum’s gas fees shooting through the roof. Around last week, the transaction costs on the Ethereum network were at their lowest, indicating a decrease in activity on the blockchain. This is evident as data on Etherscan showed that a whopping $1 billion was moved for a meager fee of $0.60 within a minute.

However, with the launch of ShibaSwap and user activities, fees and network congestion on Ethereum have reverted to how it was earlier this year. An earlier report confirmed that Shiba Inu-related projects were responsible for the massive gas fee hike.

The Shiba Inu project, which joined the unending list of meme coins in August 2020 with its native token SHIB, gained popularity in May this year. Since then the project has continued to receive attention from new traders and DeFi degens, even after many thought its bubble would fade like other similar projects before it.

Almost one year since launch, though, the SHIB token is still considered as one of the favorites in the meme coins ranking that also features Dogecoin (DOGE).

Certain events have been attributed to why the token is still rallying support despite speculation that its bubble would soon burst. In May, Ethereum’s co-founder, Vitalik Buterin burned $6.7 billion worth of SHIB tokens alongside other meme coins and donated the funds to non-profits like India’s Coronavirus relief fund.

At the time, Buterin, who noted that he received the tokens as a gift, was accused of dumping the SHIB on unsuspecting investors, causing its price to drop by more than 40%.

Many believed the unfortunate incident would be the end of the dog-themed coin, but the Shiba Inu army will not have any of it. They continue to rally around the project, as the recent stats on the newly launched ShibaSwap exchange confirm this. 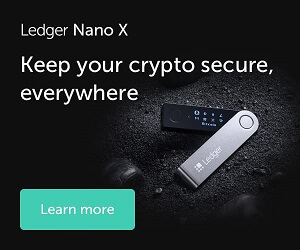