The latest central bank digital currency (CBDC) initiative from the Bank of Ghana (BoG) has been met with skepticism as Afroblocks, an in-house independent association, speculates the lack of clarity on the central bank’s intentions.

Afroblocks (previously Blockchain Society Ghana) has warned the BoG to steer away from “old traditional siloed financial thinking” while planning and developing its digital currency.

Rather, Afroblocks co-founder Omar Majdoub said that the success of a CBDC in Ghana will be in its ability to emulate modern-day cryptocurrencies — i.e., being borderless and decentralized.

The BoG has partnered with German securities printing firm Giesecke+Devrient (G+D) for the CBDC project, which will provide a solution based on the unique requirements of Ghana and its citizens. The partnership will see G+D use its proprietary CBDC solution, Filia, to issue Ghana’s digital version of the cedi, which will be tested by local banks, businesses and citizens.

Despite G+D’s involvement in Ghana’s pilot CBDC, Majdoub noted the BOG’s unwillingness to discuss the developments openly with home organizations with similar experience and expertise:

“Public details on the CBDC are very sparse. We would be more than willing to contribute our expertise if called upon.”

Majdoub also questioned Ghana’s stance on crypto assets, as the country currently does not offer regulatory clarity related to cryptocurrencies.

Rooting for the success of the soon-to-be-launched e-cedi, Majdoub urged the central bank to make its CBDC plans and “intentions regarding cryptocurrencies” available to the general public.

Supporting the BoG’s move to pilot CBDC in the region, Ghanaian Vice President Mahamudu Bawumia said that a “single central payment” system could catalyze trade among the African nations.

At the Fifth Ghana International Trade and Finance Conference, Bawumia said that a digital payments system can rectify the costly and time-consuming process of moving goods across the African borders. 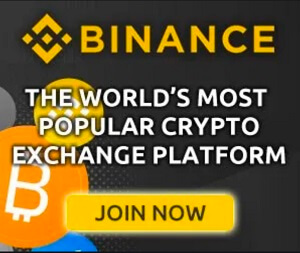